The alphorn is a national symbol of Switzerland. It is a traditional wind instrument that was used by Alpine farmers for hundreds of years. During the 18th centuries it was regarded as a beggars horn, since it was most often played by impoverished shepherds in the cities. However, it has since grown in esteem, thanks to the tourism-related folk culture revival throughout the Alpine regions. Today one can hardly imagine any folk festival or national holiday without Alphorn players. The Swiss Yodelling Association counts 1,800 Alphorn players in Switzerland alone. (Source: wikipedia.org). 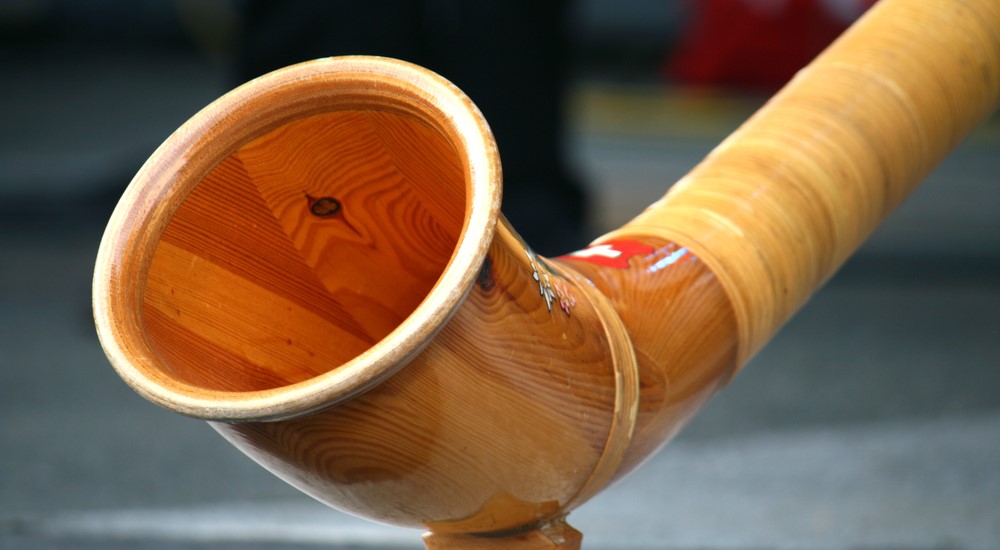 The alphorn is made from wooden strips bound with birch bark or cane. Today there are only a few dedicated instrument makers who specialize in the manufacture of these, which require over 70 hours of manual labour. You can visit one of the few Swiss Alphorn makers in Habkern, a small rural village right above Interlaken (check out: www.bernatone.ch).

Depending on the landscape, an alphorn can be heard from 5 to 10 km away. The widespread belief that shepherds used their horns as signals is incorrect, as it would have been almost impossible to hear them from great distances in mountainous terrain.

At the Hotel · Bed and Breakfast Alphorn you can see the silhouette of our namesake at every turn. We hope that you will have the opportunity to listen to its poignant sounds during your stay in the Jungfrau region or even have a chance to play one yourself.